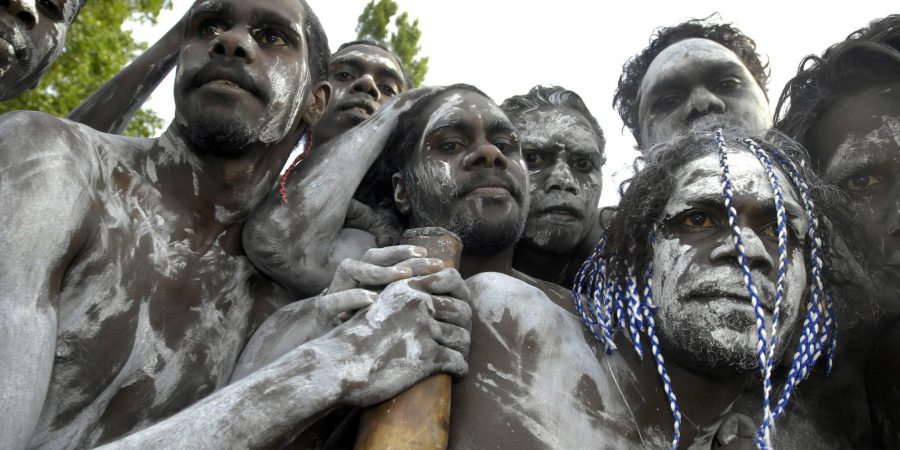 Sex and spirituality were inseparably linked from time immemorial, and only the primacy of the patriarchate for some time carried the sexual rituals into the category of devilry. The sexual aspect is dominant in the rites of the Black Mass, the Sabbaths, the heathen feasts and the tantra of the left hand. All sexual rites use the energy of ecstasy to dissolve the ego and greater union with a partner, spiritual growth or as a sublimation.

One of the foundations of sexual magic is meditation. In the absence of the skill to go into a trance, it is impossible to achieve anything in sacred rituals. For harmonious development in this area, both partners must be interested in learning techniques and be ready to progress. Immersion in a trance since ancient times is carried out with the help of intoxicating substances, ecstatic dances or the usual tuning with a partner. Also, to enhance the sensitivity, various decoctions and drugs are used. 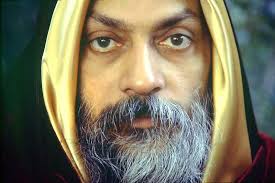 Many sex magicians are advised to start autoerotic workout. This is one of the best ways to learn how to prolong an orgasm. The most famous solo practice is to attract magical energy by self-stimulation. Spend it periodically when your partner is not around. You can also perform remote rituals. Agree in advance on the purpose, symbol, sigillet (seal of the deity, the spirit to establish contact) and about time, given the time zones. Visualize a huge protective circle that includes you and covers the entire distance between you. Consistently draw the mental image of the partner, repeating his name, do everything necessary to feel the reality of what is happening. 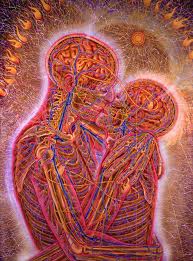 Sexual positions can be considered as a kind of asana in yoga, each position in its own way affects the redistribution of energy and has its own philosophy. The difference in positions has a certain ritual subtext, depending on the purpose of the ceremony, and consists mainly in changing the active position, the geometry of combining energy centers and the possibility of establishing eye contact.

After autoerotic practices are mastered, you can start working with a partner. You must be close enough and trust each other. If something goes against your will, stop the ritual. This ritual is somewhat similar to tantric unity. The method consists in the projection of the image of a god / goddess on himself and his partner, or only on the partner. We can represent ourselves in union with a deity if we want to adopt his qualities.

Prepare carefully for the ritual. In connection with the selected position, place in the room sigils of the patron deities of love, various yantras and symbols to tune or draw them on the partner’s body. Examine and choose a particular deity, depending on the sympathy for the qualities, understanding the symbolism of the egregor of culture. Find and learn text to call your god / goddess. Prepare a bedroom for the ritual, light the candles, place the incense, create an atmosphere corresponding to the attributes of the deities, helping to tune. Then take a shower and apply aromatic oils on the body. 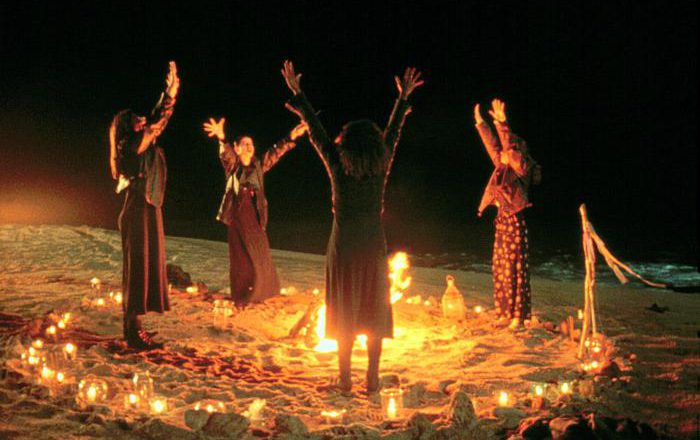 You can proceed. Start calling the chosen image, feel how your ego dissolves and you gradually acquire divine qualities, your sensitivity and awareness increase. Begin to represent the deity as vividly as possible and with all the senses, repeat its name. At the time of orgasm, direct the energy towards your goal or in connection with signification (zone of influence) of the deity ask him for spiritual evolution, intuition, fertility, etc. Thank and release the deity before you finish the ritual.

Each deity has individuality and external manifestations, provoked by communication with the archetype, so you need to carefully choose your heavenly lover and invite him only if you are confident. You can also invoke a god / goddess into your body, in which case you will have to consciously abandon your ego. NEVER call a deity below that which is in your body for coition, it will be an insult to him.

Find a place where you and your partner can contemplate the sky and moon. Put 3 white candles on your altar and turn off the lights. Listen to relaxing, mystical music. Breathe in rhythm with your partner, move gently to the beat of the music.

When you are quite relaxed you can proceed to the ritual. Sit comfortably, you can in the lotus position. Look at the full moon for a few minutes. Focus on your feelings and thoughts. Close your eyes after you feel saturated with its visual splendor. Now you will see the residual image. Imagine a ray of light emanating from the moon to you. Light penetrates the upper part of the head and passes through the whole body, bathe in the light. As soon as you feel that the energy of the luminary has entered your body, visualize the white light of the moon in the form of a spiral, penetrating into your room and protecting you. After you finish, thank the moon for her experience that she gave you. Inhale deeply three times and slowly open your eyes.

In most cultures of the world, developing in rather isolated from the possibility of the mixing of customs, there are quite exotic phenomena in the phenomenon of sexual development. Sexual rites of the peoples of the world often represented by the cult of phallus and vagina. In India, the image of an erect member of Shiva in the form of lingam the most various sizes. Also the sexual organ sadhu (holy) or guru is often the object of worship, women who want to become pregnant touch their lips to the penis of such a person. In addition, ritual offerings are constantly being made to the lingam in the form of flowers, fruits, and heavy milk or essential oils being poured over.

In some agricultural crops, during plowing and planting, masturbation takes place, with the outpouring of semen directly on a plowed field. It has a place to be as well. Moreover, in terminology there is such a thing as ritual prostitution. Babylonian cult of the goddess Militta, He demanded that every woman, at least once in her life, surrender to a stranger for a coin thrown at the hem. So a young girl came out to the central square and waited until one of the men called her to retire. The fair sex deprived of beauty, sometimes had to wait quite a long time. Every year, in the Japanese city of Inuyama, a “vagina festival” is held, a parade is held on this day, at which participants take a cart with a huge shell symbolizing a vagina around the city, a girl sits inside and periodically throws rice cakes into the crowd. It is believed that such a cult helps to harmonize marital relations.

By introducing elements of magic and games into our intimate life, we thereby lose certain archetypes and fix them in our minds. Depending on the goals, you can strengthen the marriage alliance, direct new relationships in a given way, or, using the will, at the time of orgasm to carry out completely abstract plans. You can create your own rituals on the basis of steps symbolizing initiation into various levels of states of oneness with creative energy.

Any action performed in the name of something and supported by strong emotional experiences is a ritual. Use the plots of myths, astrology, calendar events and alchemical images to compose your rites. Your love from this will only get deeper.

Rituals when moving to a new apartment or house

Rituals at the winter and summer solstice

How to protect yourself from damage, the evil eye, envy and damage: rituals

Simoronsky rituals for money will make money and give a positive

Simoronsky magic and rituals for work and success in life

Rituals on the waning moon harm or help?

Love spell: how to read and carry out the ritual

Effective rituals on the growing moon

This Ritual has helped lose weight to millions of people around the world.

This magical ritual will help find a soul mate.

Whispers for good luck: examples, as well as the rules for their reading

Whispers for all occasions — different types and techniques

Let’s tell about simple and effective whispers for all occasions. This is an option of conspiracies that help to find ...

One of the most powerful magical rituals that will help you meet your love faster is the Simoronsky slipper ritual ...